Scolopia mundii is fruiting prolifically, and is a scene of conflict. The yellow fruits are too big for small frugivores, but the Glossy and Red-winged Starlings are arguing the toss. In fact most forest trees in colder areas produce “soft” fruit in winter. This is because omnivores would ignore them in summer when insect life is abundant, and when growing chicks crave protein. Searsia pyroides is also the target of Red-winged Starlings. Note that the starling carefully picks only a ripe fruit. The tree “knows” not to present everything it’s got in one hit; there aren’t enough birds to do justice to the banquet. By spreading the season a bit, more of the fruits will be taken. 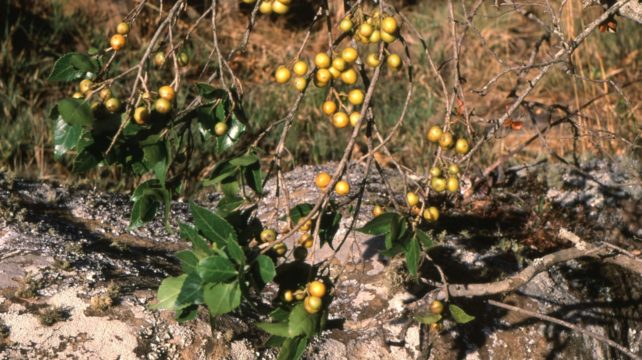 Another sort of feast is going on in the curtains of Senecio tamoides hanging down on the forest edge. Senecio fruits are wind-borne paratroopers – not designed to be eaten. But nobody told canaries this. Cape Canaries were there in small flocks, pirating the fruits. Not all pirates wear funny hats and carry swords in their teeth. Stealing constitutes piracy. What the canaries do is eat the unripe fruit, embryo and all, before it can fly to safety. Senecio is not at all pleased when canaries visit. 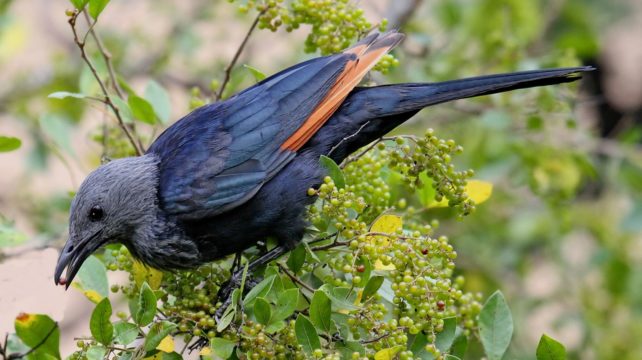 An interesting sighting was of a Drakensberg Prinia foraging high in a big gum tree. This is not the usual place to find it, and moreover popular wisdom is that gum trees support no insects anyway. 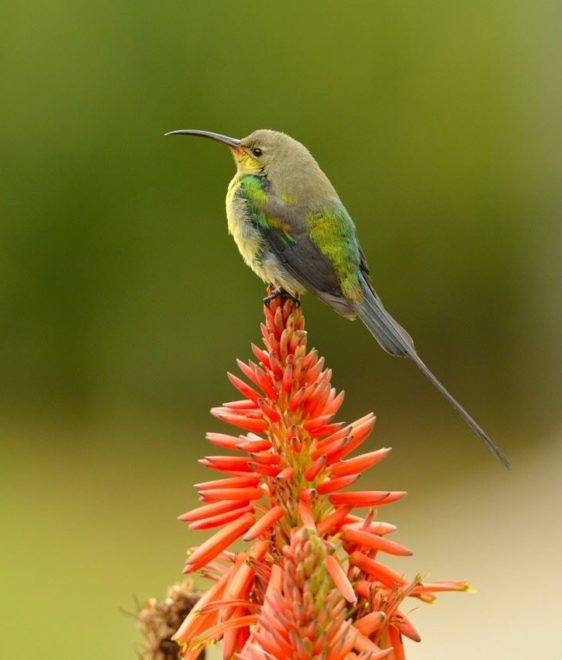 The bank of flowering aloes in front of the balcony is still a riot of Gurney’s Sugarbirds and Malachite Sunbirds. Why they all fight over such an abundance remains a mystery. This is the time of year when male Malachites shed their long tail feathers and most – but never all – of their greenery. Nearly all the Malachites were males, a feature noted in previous years too. Where are the girls? Curiously a parallel exists in the albatross world where the males and females of some species go to completely separate areas when not breeding.