While searching for the elusive and uncommon Half-collared Kingfisher (we found not one, but two!) we flushed a little heron. As it flew determinedly past us, a greeny-grey blob with dangling legs, it was those bright orange, dangling legs and big feet that immediately identified it as a Green-backed Heron. A real WOW as this bird has not been recorded at the Cavern before. 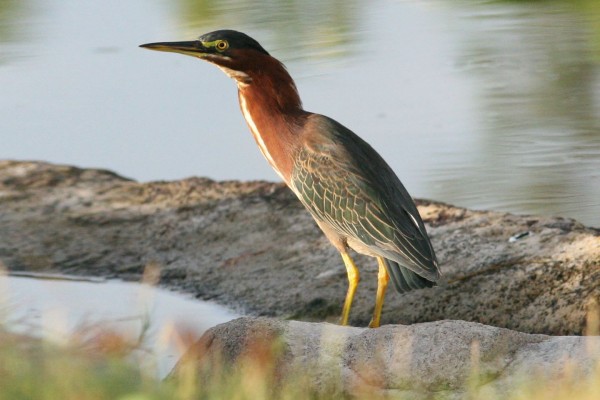 As if this wasn’t enough excitement for one weekend, the following day two birds flew overhead, calling as they went – the utterly unmistakeable call of the White-fronted Bee-eater. We must be hearing things! But one of the birds came back and perched in full view right in front of us. What on earth was it doing so far from its usual haunts? Typically it is confined to the lowlands, but there are new colonies at Spioenkop and near Thokoziza, where sandy cliff-faces are perfect for them to dig their nest holes. These beautiful birds had wandered quite far from home and it gave us a wonderful new ‘tick’ for our Cavern bird list. 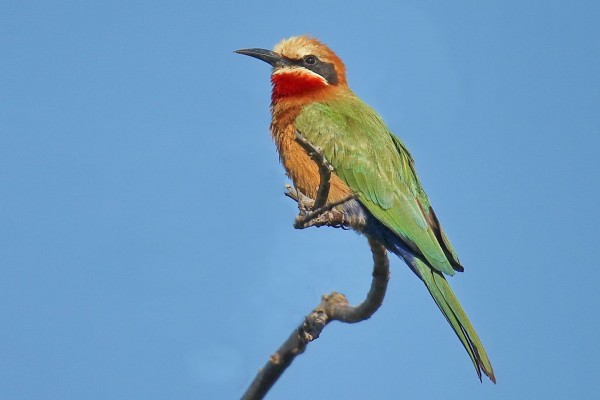 Another autumn treat was the sundown visit to the Tower of Pizza – a short drive from The Cavern – where a roost of Amur Falcons offers a nightly spectacle. At least four hundred of these little falcons gather each evening as night falls. They appear as if by magic and soon the sky is speckled black as they swirl until that moment when it is time for bed. On command from the leader they dive into a large, leafy Plane Tree to spend the night in safety. Amur Falcons are Palaearctic migrants, flying up to 11 000 km from their home in Siberia, to enjoy a summer holiday here in Africa. Within the month they will be winging their way home to their breeding grounds. 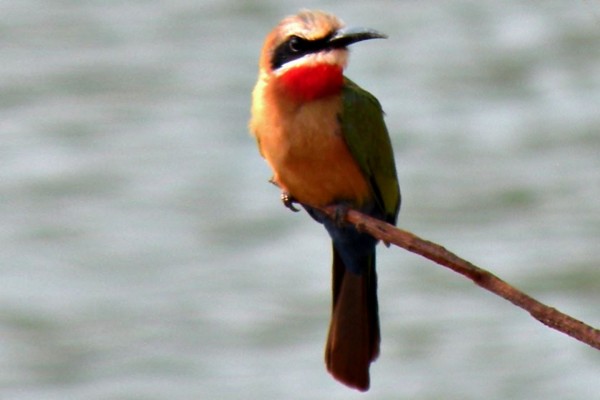 The late rains and previous drought conditions seem to have stimulated some late breeding and we were surprised to find a family of ten tiny Helmeted Guineafowl, only days old, being shepherded across the road by not two, but three caring adults.