Firstly I’d just like to start with a huge CHEERS to Megan, to the teachers, the porters, the guides, the waiters and all The Cavern staff and to Les, Hilton & Peter who all work incredibly hard to make today such an incredible event. So let’s just raise our glasses in a toast to them. 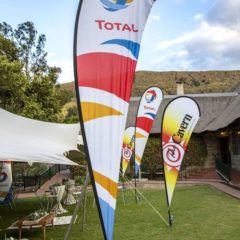 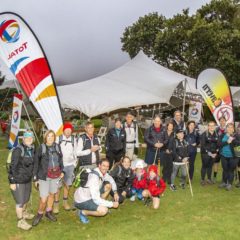 Big5hike has become a bit like marriage; after 5 years you’re wondering how to make it more exciting and if there isn’t something better out there. At least that’s what I’ve been told 🙂 For a few months now I’ve been wondering how we could make this event different to last year until I woke up this morning to thick mist and an overcast day and realised that life will always ensure that each year is different and unique in its own way. From year 1 and 2 where we had clear skies and icy winds, to year 3 where the thunder and lightning kept us from summiting Camel’s Hump to last year where we walked the whole way in our Clucas Gray T-Shirts thanks to the heat, to today where we were enshrouded in mist and our nerves preserved through not being able to see how far we could fall. 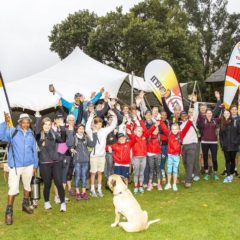 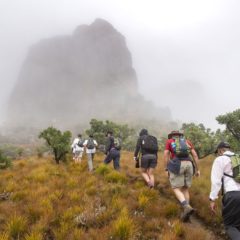 Those of you who are return hikers will have heard me say that for me Big5hike is not just about the funds we raise but it is about heart. Mostly it is about the opportunity to be together, to walk together, to offer a helping hand or to be helped by another. So I want us each to take a moment to just reflect back on your day and to think back to a moment when you were helped by someone. Think back on this memory not with any guilt or sense of failure, not with judgement or fear that maybe you held someone up or maybe you weren’t good enough, fit enough, fast enough but simply with gratitude. Just for one moment allow your heart to be filled with love and with thanks for that person or those people who helped you; whether it was being handed a glass of bubbles or a burger, being supported by a guide up Hollard Hlolela’s nose or just talking to someone to help pass the time. For as The Archbishop Desmond Tutu says “My humanity is bound up in yours for we can only be human together.” 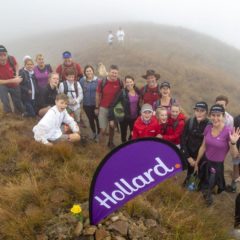 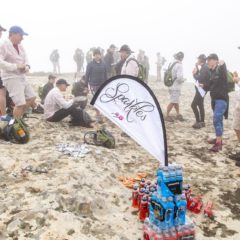 And now I want to take some time to once again thank our Corporate Sponsors. Each year I think how can I say thank you to them without it sounding stale or expectant. How can I convey how much we need their contribution and how grateful we are each year for the funds we receive? For even as it may seem that it’s just another year and another big5hike, the truth is that each year there is a new batch of children entering the school, a new group of kids graduating and that the funds we raise enable each of these special people to receive the precious gift of a basic education. For them it is not just another big5hike, it is their lives and their future. And so Megan & I send a heartfelt thank you to Graham from Melville Douglas for their R100,000 donation most of which goes to our gorgeous jackets which this year were just perfect for keeping the mist off our chests and the cold at bay. To TOTAL Gateway for our R100,000 contribution, to James and Paul from Clucas Gray for their R60,000 which goes to our T-Shirts as well as sponsoring Cold Hill, to TOTAL South Africa for their R30,000 which sponsors our backpacks and water bottles and to all our peak sponsors who contribute R25,000 which goes directly to the school. Hollard Hlolela and Adi Enthoven who has never been to The Cavern or to our big5hike but who each year willingly says YES, to Brandon from Dezzo Roofing who when I asked him at New Year’s Eve if he was going to hike said to me “Do I look like I hike?” and who is indeed better built for sitting on a motorbike than climbing mountains, to Out in Africa (Sugar Loaf) and Sharon, Ian and Liam from Mooney Ford who sponsor Cannibal Cave. This morning I was also told by Megan that we had received an anonymous donation from someone to sponsor Camel’s Hump. How blessed we truly are. 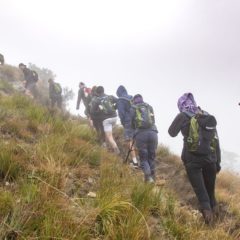 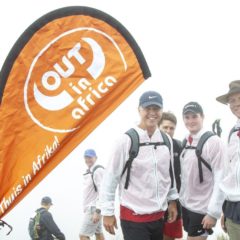 When I first became involved in Big5hike it was really because of my love for Megan and my desire to help her and her family who were single handedly raising funds and carrying the expenses of running The Royal Drakensberg Primary School. Then it became an opportunity for me to fulfil my desire to contribute to a charity and to something that was already established, honest and professional. It gave me a purpose and a way to give back to a community in need. Even more than that it was a way for me to remain positive about South Africa and provided a way for me to contribute to the direction and the future of our country. For we live in difficult times and it can become so easy to be pessimistic and to allow our minds to become negative and consumed with resentment towards our corrupt politicians or our fear of a flailing economy. The only way to remain positive is to embrace the opportunity we are given to help, to contribute and to make a difference because in doing so we feel empowered and as a result we become part of the solution rather than commiserating about the problem. Yet even with all this, when discussing my reasons for big5hike with my father-in-law a few years ago, he said to me “but what about the children, what about the Education?” And I must say that once again he has been proven right. For now more than ever it is apparent to me that it is really about the Kids. It is about the children who come to the school and who receive a chance to learn to read and write, to speak English, to understand basic maths and to receive a basic moral and spiritual foundation at The Royal Drakensberg Primary School. 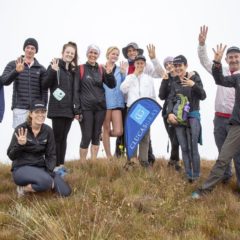 Four years ago Sue, the headmistress of The Royal Drakensberg Primary School, happened to identify that one of her boys had a talent to sing and in passing mentioned to me that he had been accepted at The Drakensberg Boys Choir School but that there were no funds to send him. I happened to mention it to Graham as we were walking down to our room whereupon he said “well we’ll just have to do something about that.” And so it was that through the contribution of Graham and myself, Samkelo went to The Drakensberg Boys Choir School. Last week I received a Youtube video clip from Sam’s aunt Joyce, who works here at The Cavern as head of housekeeping, of him singing a solo with The Drakensberg Boys Choir behind him in a concert hall in Basel, Switzerland. It brings me to tears to think that this little African boy who comes from a simple rural life in the Northern Drakensberg Mountains and who is a graduate of The Royal Drakensberg Primary School can sing a solo on an international stage. And the song he sang was from the film, The Gladiator; Now we are Free. 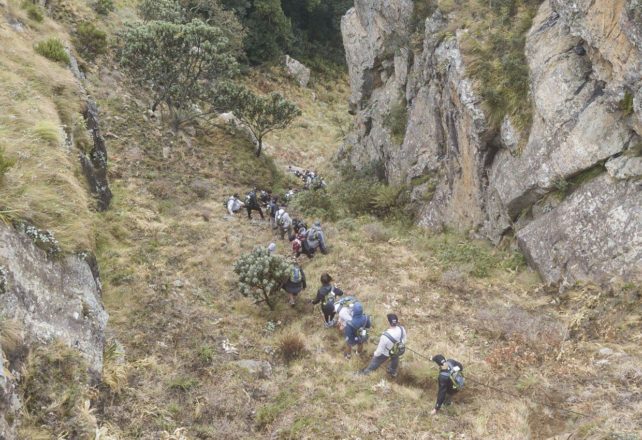 This is why we are here. This is the opportunity that all of us make possible. That 75 little children can receive a chance at life through learning to read and write but also that in amongst these children a gem can be found and a little miracle occur whereby an African boy can rise above his circumstance to sing on an international stage.
And now I wish you a happy evening and hand you over to Megan.