We’ve all heard of the African Big Five (fierce and hairies), and Cavernites know of the Cavern Big Five (high peaks to be walked consecutively in a single day).

Now it’s time to introduce the Cavern Feathered Five. These are the birds which most epitomise The Cavern birding experience. How to choose them? Endemism is an important criterion. Endemic birds are those that are found only in South Africa, and a high proportion of these are concentrated in the Drakensberg. Rarity and beauty are the other factors to consider, especially if the bird is more likely to be seen at The Cavern than anywhere else. In no particular order…

Bush Blackcap
This is an endemic bird of cool evergreen forest. It can be found in the mist-belt, but is most typical of the Afro-montane forest fringing the Berg foothills. In most of its range it is confined to forest, but at the Cavern it ventures into the wilder parts of the garden, and even into the big conifers near the gate. In winter it is particularly attracted to berry-bearing trees. 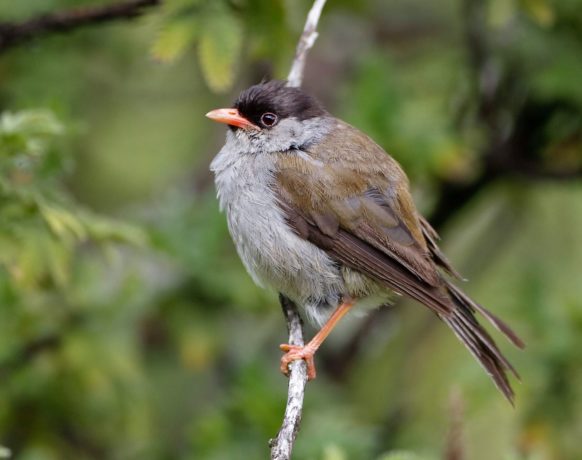 Fairy Flycatcher
Winter is the time to find this tiny gem. It is an altitudinal migrant that breeds on the very top of the Berg, but moves down to the Cavern when really cold winter weather sets in. Then it remains until early September. It could be seen almost anywhere wherever there are trees or bushes, busily inspecting leaves, always on the move. 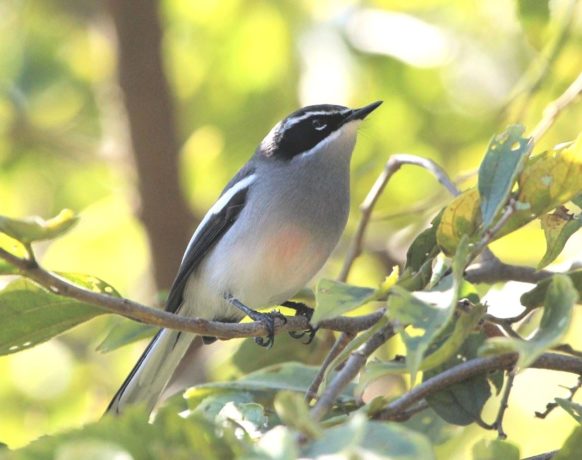 Drakensberg Prinia
For the serious twitcher this is perhaps the Cavern bird. It’s not glamorous, but has a very narrow range, with the Cavern at its centre. Moreover it is easily seen in the scrubby vegetation beside the main road. Its display is always given from the top of a bush, and consists of a repeated slightly rasping note, exactly timed with upward flicks of its very long tail. 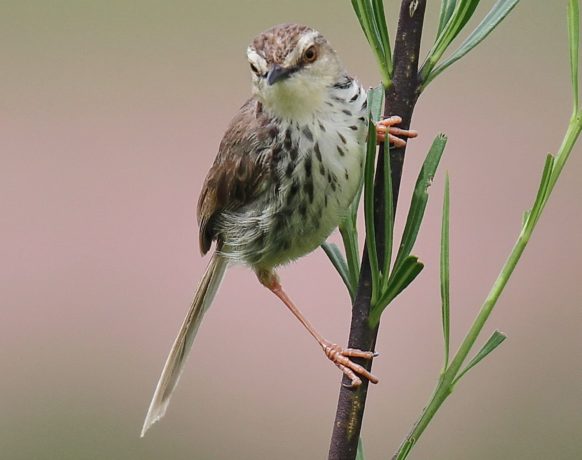 Gurney’s Sugarbird
The sugarbird family, which is endemic to southern Africa, consists of only two species. Gurney’s likes mountain foothills wherever there are proteas. In summer it disperses to breed, usually on higher ground. But in May and June, when the aloes make a glorious display in the garden, the sugarbirds congregate and joust, sometimes a dozen at a time, right in front of the front balconies. 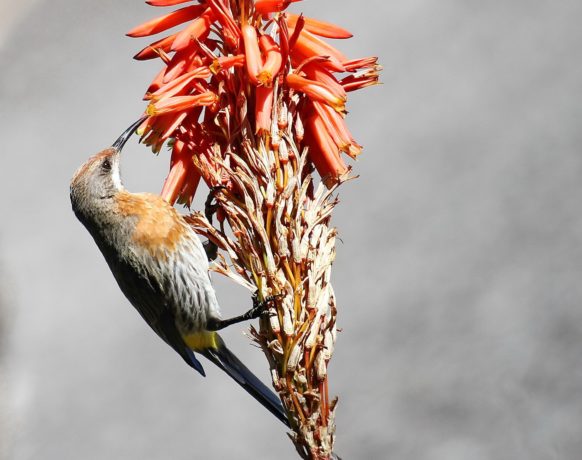 Half-collared Kingfisher
Although not endemic, this bird “makes the cut” by virtue of its great beauty, narrow habitat preference, and the fact the Cavern is quite possibly the best place in all Africa to see it. Typically it likes clean flowing water, but here is at home on the garden ponds adjacent to the stream. The intense violet-blue plumage and very long black beak distinguish it from any other blue kingfisher. 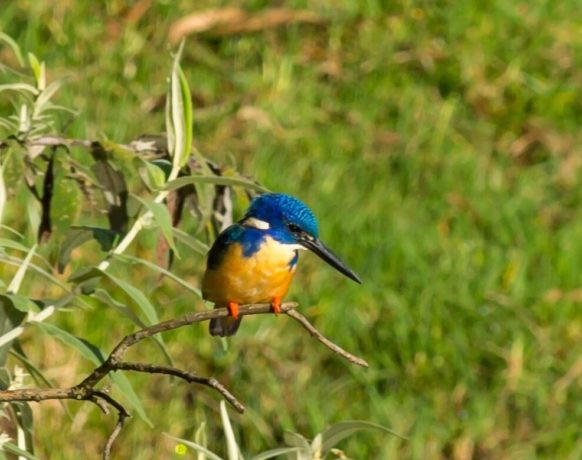