Spring isn’t always what it’s cracked up to be. None of this balmy sun, gentle rain and birds fluttering their eyelashes at each other. Not now anyway. This is a real KZN Spring, still dry, alternating hot and cold, strong winds and a haze of fine dust and smoke. It’s no different in the Drakensberg, and birds most definitely notice.

An obvious effect is that certain species concentrate in gardens. Food supplies are more reliable there, even if much on offer is kitchen scraps. But natural foods, such as berries, are also often more abundant in gardens that are watered At the Cavern at least 100 Dark-capped Bulbuls dominate events. The Chorister Robin-Chat – a garden regular at the Cavern – has moved in from the forest in numbers, and spends much time contesting the feeding table with the usual riff-raff. Cape Weavers are also much in evidence, whereas for most of the year they are garden absentees. Cape Canaries have arrived in flocks, scouring the bowling green, although what they find there is a mystery. 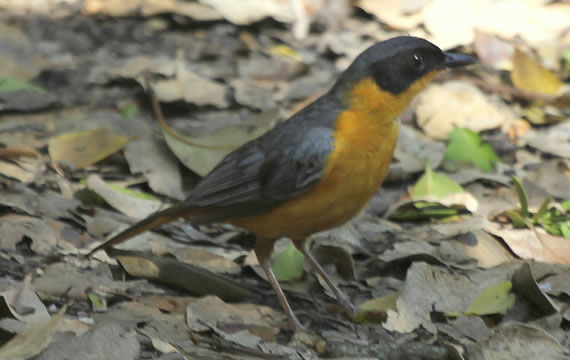 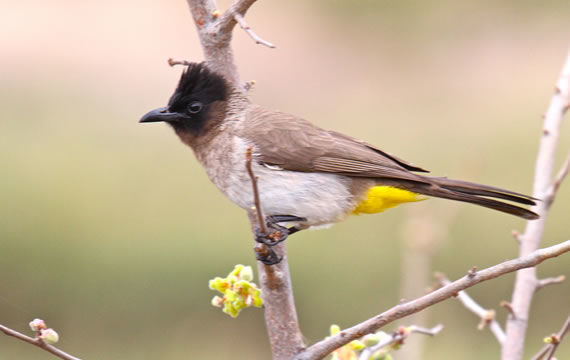 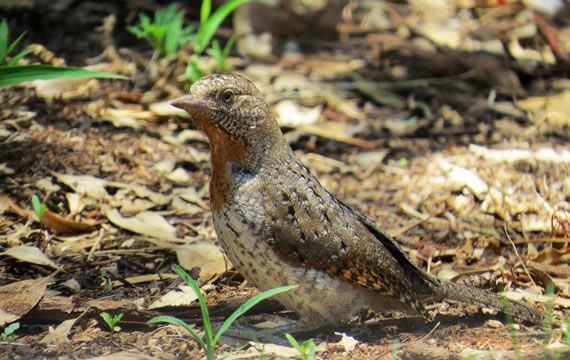 The shortage of food outside the garden means that there are fewer of most species. Some “common” residents have disappeared altogether. No Familiar Chat, no Red-throated Wryneck, no Brown-hooded Kingfisher.

One species that seems oblivious of conditions is the Black Sparrowhawk. Two birds wailed continuously from the pines above the tennis courts. One still has some brown juvenile plumage, and it may be that its parent is trying to drive it away. Or it may be an ambitious teenager trying its luck for the first time.

Tropical migrants are beginning to arrive. No cuckoos as yet, but the White-throated Swallows that nest under the bridge below the school are back. It’s a good time to build a nest when the stream is low, and this is one bird that does not want heavy rain and swollen streams.