He who opens a school door, closes a prison ~ Victor Hugo 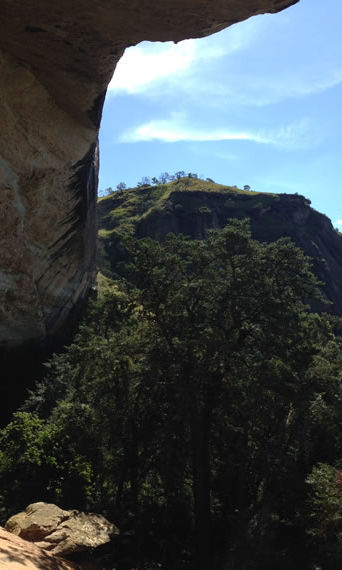 We woke to another glorious Autumn day with blue skies and crisp mountain air. We joined the Cavern’s morning walk to Cannibal Cavern. We headed past Cowslip Falls Dam, Pascoe’s Pool and then onto Surprise Ridge. The Leonotis is in full bloom and making a beautiful show just above the Dams. It’s always a bit of a pull to the top but well-worth it! The view from the top of the ridge was fantastic, overlooking the National Park and across to the magnificent Amphitheatre. The walk from the top of Surprise Ridge into Cannibal Cavern is along an easy contour and gives the legs a great break. Themba and Ephraim made tasty tea which was enjoyed with good old Cavern crunchies. 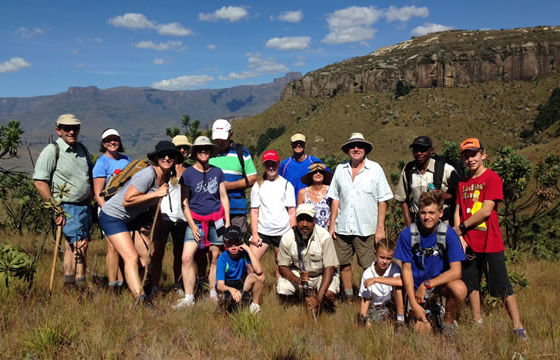 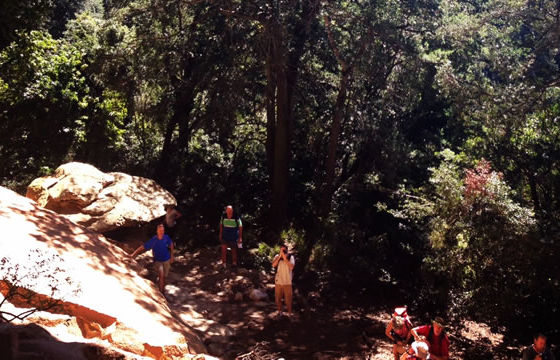 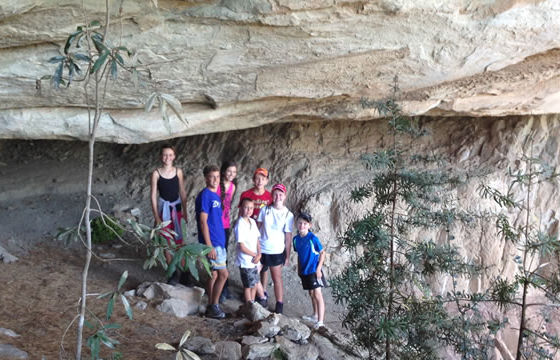 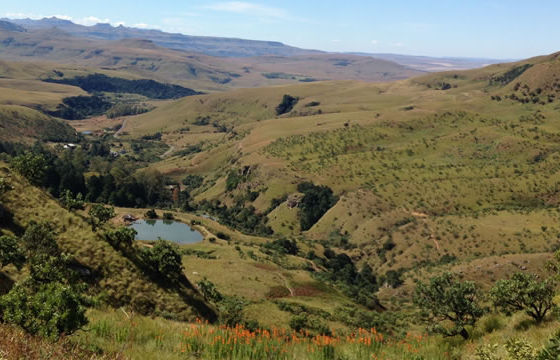 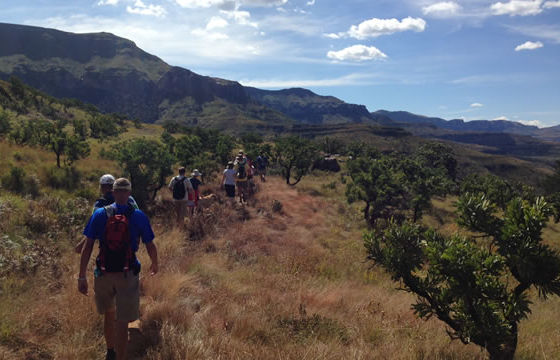 We had joined a great crowd of guests and it was good to share our story about the school and our mission on these #40days. Started in 2007, our school continues to grow, and the more children we support the more funding we require. The children benefit immediately and in the long run we hope our country. 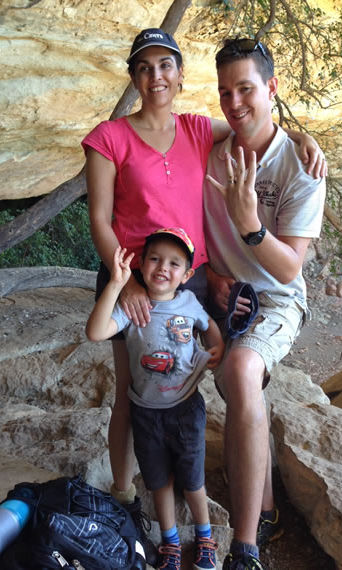 Chatting always leads to more stories. Who were the Cannibals and did they really exist? And so we share the extract from Incwadi Yami (1887) by J.W. Matthews M.D. in which the adventurous doctor describes finding evidence of cannibals in the massive cave above the hotel. 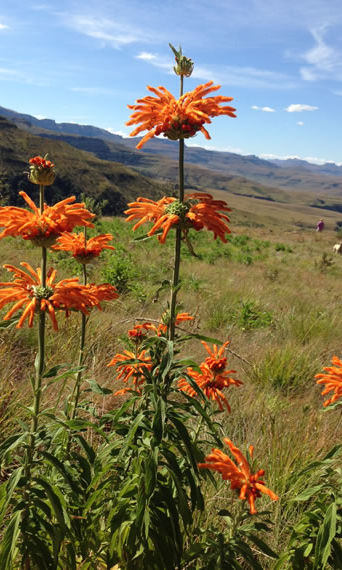 “Next day, with native police and horses which our host had kindly provided, off we started before the sun was hot to visit the Cannibal caves of Usidanane. I recollect, even now, what a merry party we were that morning and how we made the mountains ring with our joyous shouts and mirth. Our guides, infected with our exuberant spirits, chanted a war song as they marched jauntily along in single file leading the way, while we riding behind followed by a path which led over broken ridges up the steep, water worn side of a rugged mountain. 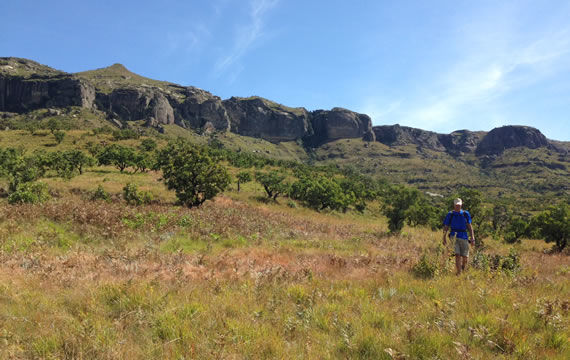 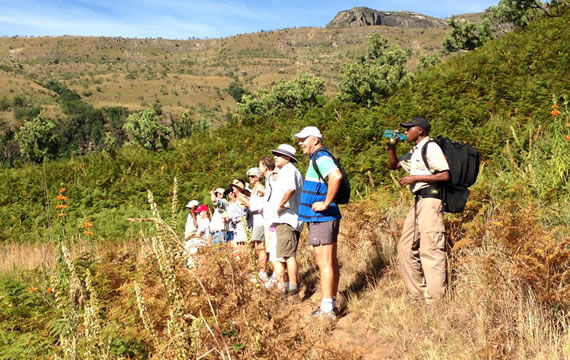 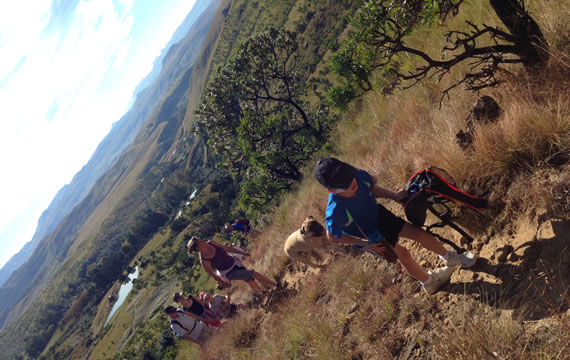 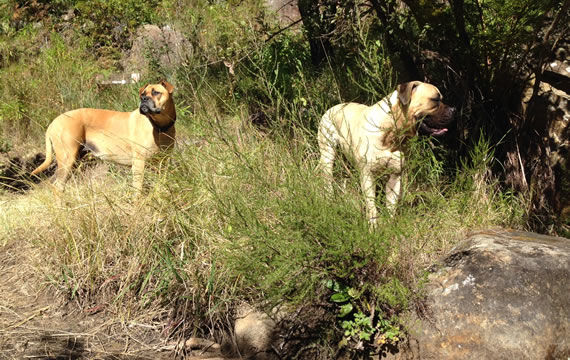 After climbing some frightful ledges on its face, we suddenly found ourselves in front of the entrance to the Cannibal caves of the once so much talked of Usidanane. This man, now a petty chief, used some sixty years ago to live in these caves with his father and other natives, who, as well as himself, were driven by starvation to become cannibals when the country was overrun by the impis and invading legions of the Zulu king, Chaka.

Usidanane is still living, at an advanced age, in charge of a few descendants of these cannibals, who came forth from the shelter they had sought, and occupied the ground in the immediate vicinity, and are now called by the tribal name of Amazizi“. 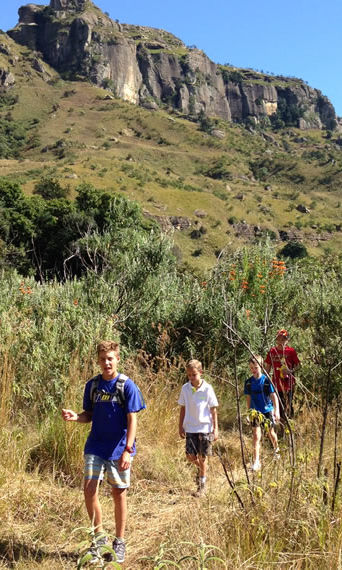 And so the legend of Cannibal Cave was born and a piece of history went on to become the name of the hotel.