We were again lucky with big game. There must have been a dozen Eland sightings, mostly singles, with plenty of other evidence including broken Buddleja salviifolia bushes – their favourite winter food. A group of six Mountain Reedbuck was the largest we have ever seen. A bushbuck near the hotel garden appeared to have no spots or stripes at all. This is most unusual because every individual is marked in one unique way or another, just like human fingerprints.

Perhaps the best bird sighting was of a flight of Alpine Swifts. This is not a typical time of year to see them. As their name suggests they nest in the Alps, with southern Africa a winter refuge. So these birds “ought” to arrive in mid October, or even later, along with Barn Swallows and Common Swifts. But there is a twist to the tale. There are two entirely separate populations of Alpine Swifts, one of them local and resident. Some of these birds can be seen in Bloemfontein and nest on the museum building. Our birds could have been some of these. 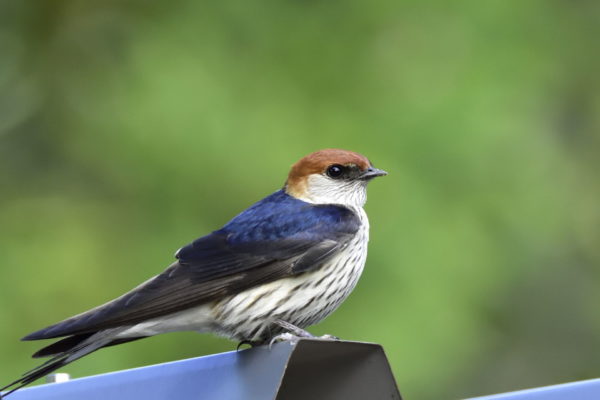 In the gardens Swee Waxbills were in force. They like small soft grass seeds, and the best places to find these are in lawn corners where the mower missed the last cut. Chorister Robins were also putting on a show. It’s a species typically associated with the gloomy interior of evergreen forest, but we must have seen at least 25 on separate occasions in the open garden. 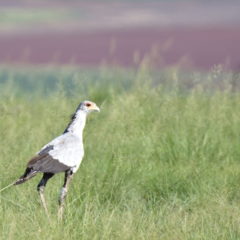 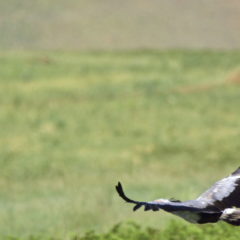 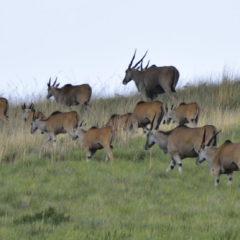 The longer walks were graced with clear blue skies, and there were a pair of Secretary Birds circling high. It’s surprising how many birders think that Secretary Birds just walk. A Cape Vulture was another bonus. Bokmakieries were calling and one landed almost at our feet. At the forest edge we found a Puffback, Forest Canary and a chuckle of Terrestrial Bulbuls.