We were very pleased to wake this morning knowing that a Little5Hike was on the cards! We developed this walk as an easier option for the very little people and the older folk that found the Big5Hike a bit too much of a pull. It keeps below the cliff line but it remains a good challenge. The hike starts through the Fern Forest, then up through Rustler’s Gap, on to Echo Cave, down through the Echo forest, along the Eland Contour, past Lone Rock, up to Cannibal Cavern, along to Surprise Ridge and down via Pascoe’s Pool and Cowslip Falls Dam. It must be at least ten undulating kilometres so it’s certainly worth doing. 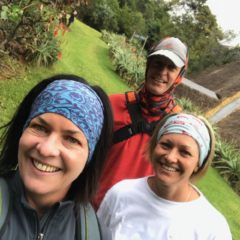 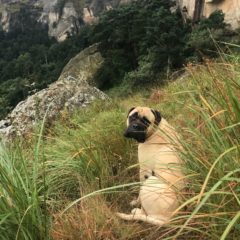 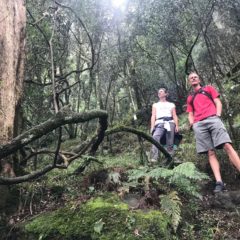 The folks had set off ahead of us with 2 dogs – Zinga, the youngest mastiff, and Gusto, the springer spaniel. We left about 45 minutes after them with Moya, the older mastiff. Incredibly, Moya picked up their scent as we left the Fern Forest and clambered up the stairs to beyond Rustler’s Gap. But, then she waited. From her vantage point she watched us slowly make our way. She then walked with us for a fair distance and it was only as we were approaching the cave that she darted off in search of the others. 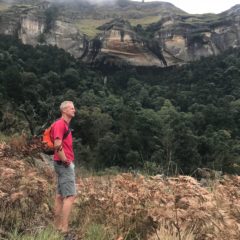 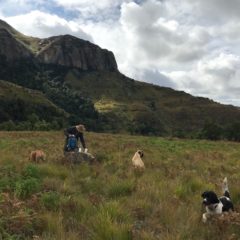 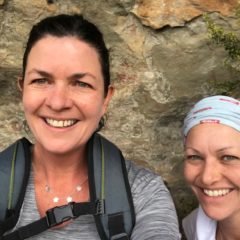 In no time we had Zinga and Moya back checking on us. They then headed swiftly through the Echo forest to find the old people. Then Moya waited to see us again. We joined the folks for the most delicious cup of coffee at the start of the Eland Contour and then we headed off a bit more briskly. The dogs walked with us for a while, then Moya checked in on the folks and then the gap between us became too big and so the party split once more.
Moya stayed with slow-coaches while Zinga and Gusto walked with us. It is quite incredible to see how loyal these hounds are. We headed to Cannibal then Surprise Ridge while the folks went via Jim’s Cave to Pascoe’s Pool which is where we all met up again. Much excitement from all the hounds and so happy to be a full pack once more. 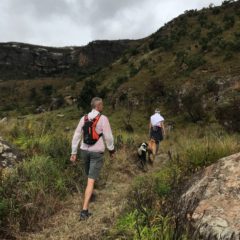 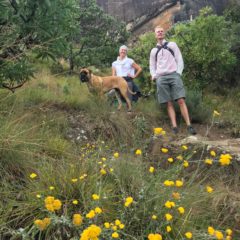 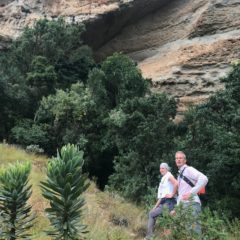 As we descended the young dogs charged home with us but Moya ran between the fast group and the folks but eventually stopped and waited to see that the oldies were close and homeward bound. 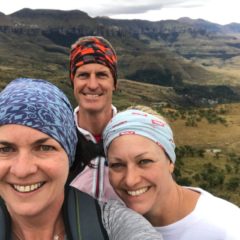 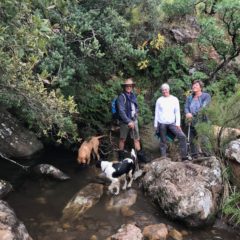 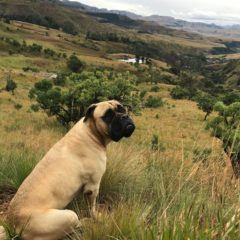 After today I have decided that Moya the Mastiff has to be the most loyal hound. She’s doing her bit for Education on Saturday when she’ll complete her #Big5Hike and the funds are coming in. A huge thanks from Moya to all her loyal supporters!

Create Routes
or Search for a route
from millions at MapMyHike