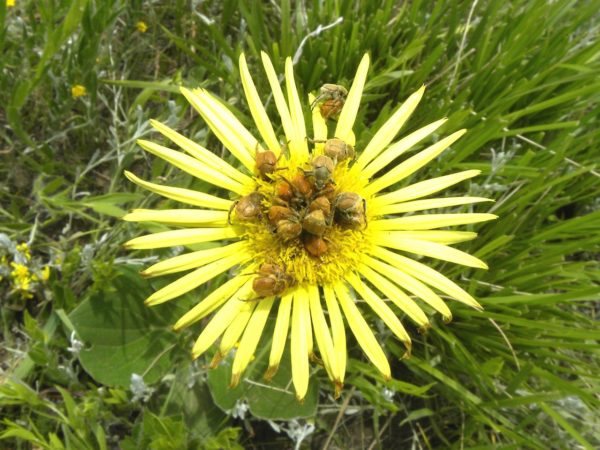 Lots of action in the insect world in the Drakesberg. While looking at flowers we noticed that nearly every Haplocarpha scaposa had beetles, sometimes a dozen or more, heads down, munching at pollen and nectar. The few flowers without beetles showed signs of their ravages. These beetles are scarabs, related to dung beetles and the sacred beetles of ancient Egypt. Their large hind legs are used to fight off rivals. 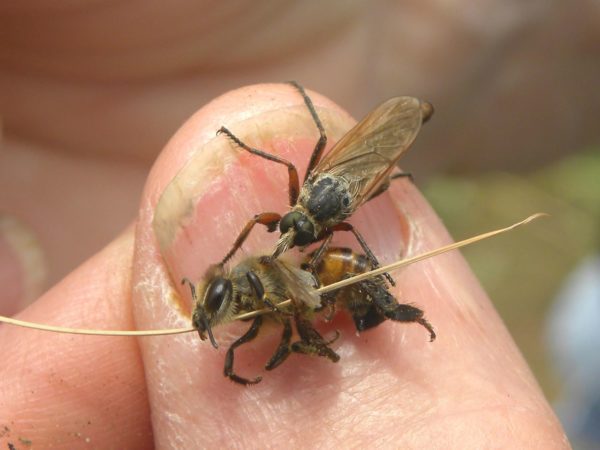 Much more dramatic was finding a robber (assassin fly might be a better name) fly – Gonioscelis – locked in mortal combat on the ground with a bee. One would imagine a bee to be a dangerous opponent, but actually bees are a popular choice of food by many robbers – they are relatively slow flying, fairly substantial in size and so relatively easy to catch. As the fly encounters the bee it stabs it with its proboscis and the prey is instantly immobilized. The bee never had a chance to use its own sting. The robber then sucks its victim dry. Like many larger carnivores the robber has a territory, with a favourite perch from which to launch ambushes.