New birds turn up at the Cavern all the time. Often they are uncommon species that we have not noticed before, but occasionally something very out of its normal haunts arrives. Imagine our amazement when perched on a chimney on the hotel roof was a Red-billed Oxpecker. Just to make sure it was noticed it obligingly flew down to the lawn right in front of the assembled company of birders here on a Nature Weekend. 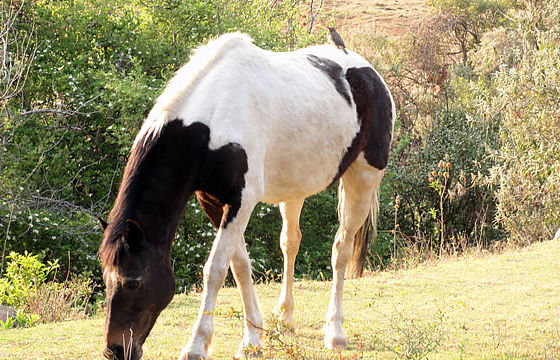 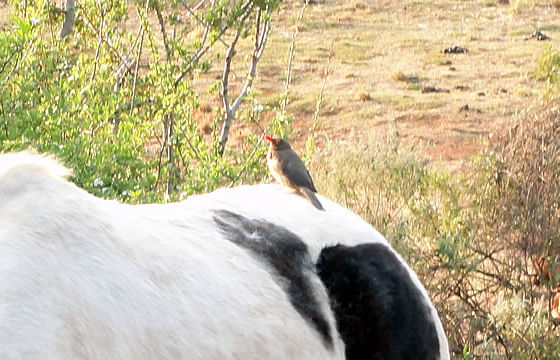 Shortly afterwards it was seen on the back of a horse. Normally oxpeckers are associated with big game reserves in the lowlands, and this might well be the first ever record in the Drakensberg.