Spring has sprung in the Drakensberg. Best proof comes from the arrival of a host of tropical migrants at The Cavern. They’ve come to breed and are not shy about it. Most of the noise comes from cuckoos. The Red-chested Cuckoo, with its familiar “piet-my-vrou” call is proclaiming its territory against other males, while its mate is looking out for nests of the Cape Robin-Chat and Cape Wagtail – its usual hosts. The closely related Black Cuckoo has a slow mournful call, and is especially hard to see. Its host here is the Southern Boubou. The other large cuckoo is rarer, but we had excellent views of the Jacobin Cuckoo, with its sporty crest. Its host is the Dark-capped Bulbul. Two small green cuckoos have also arrived. Klaas’s Cuckoo seeks the nests of sunbirds, but one wonders at the acrobatics that must be needed to actually lay the egg through the side entrance of such a tiny nest. The Diderick Cuckoo parasitises weavers that know what they are up against, and can often be seen chasing the cuckoos away. 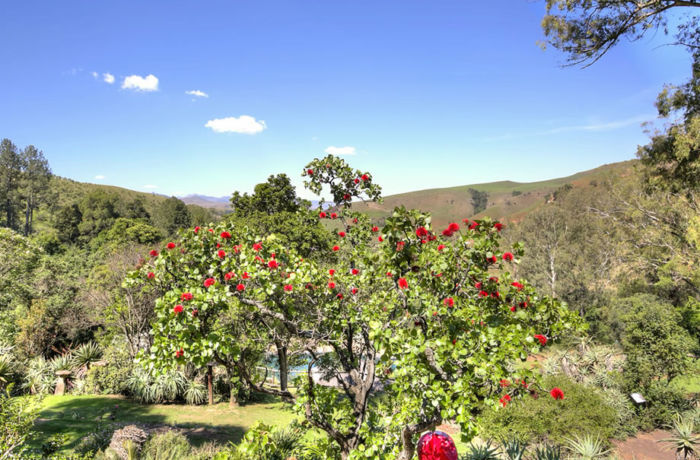 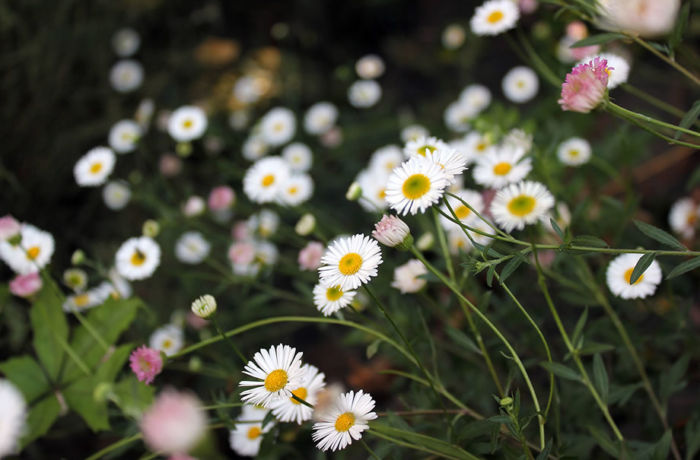 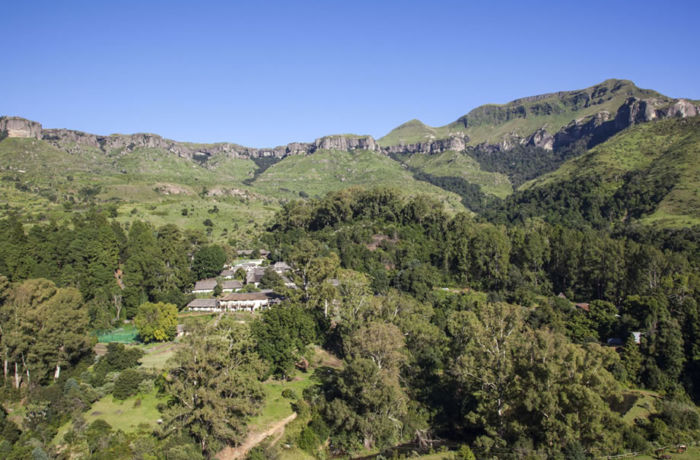 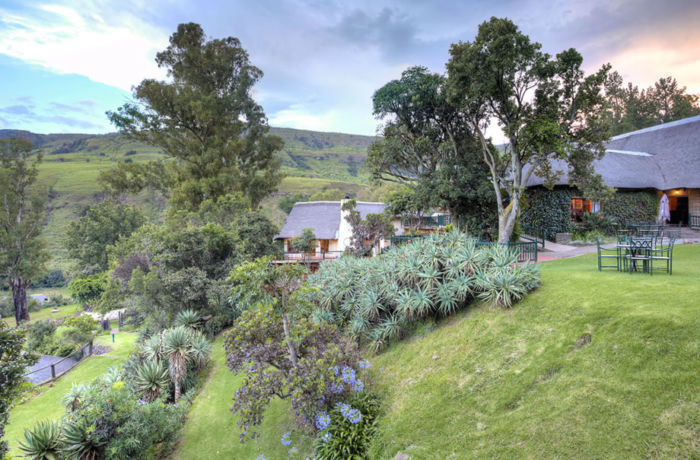 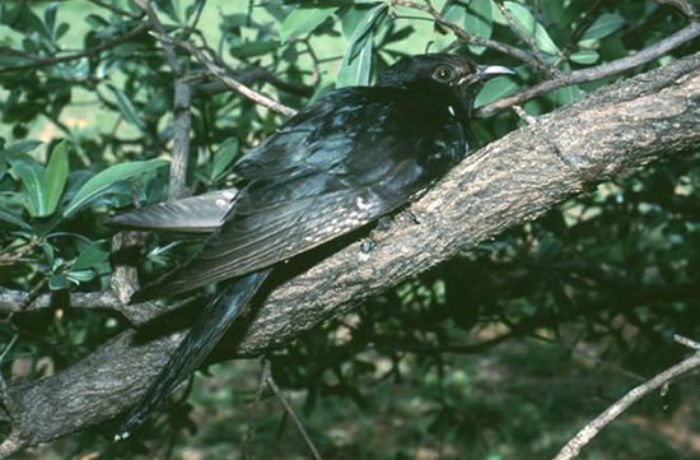 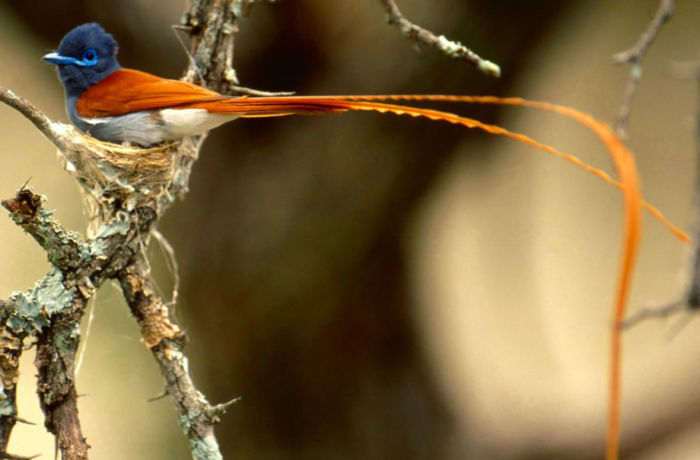 Dominating the action at sunrise are the Greater Striped Swallows and White-rumped Swifts, both recently arrived to breed on The Cavern building itself. They swirl around just above the lawn until the air warms, carrying the insects upon which they feed ever higher in the air. In fine weather both species return only towards dusk. Perhaps the Cavern’s prettiest bird is the Paradise Flycatcher, also just arrived. Those with long flowing tails are usually males; short tails usually denote females. Note “usually”. Pairs in which both partners are long-tailed, or for that matter short-tailed, have invited all sorts of speculation. Best is to check facial colours. Males have a brilliant pale blue fleshy eye-ring and a pale blue beak. Females have comparatively dull faces.