It’s at this time of year in the Drakensberg that one appreciates just how many Chorister Robin-Chats are at the Cavern. Normally this is a secretive species of the dark forest interior, but at the Cavern it’s not unusual to see three or four in the thicker parts of the garden. The name refers to its rich voice, and more especially to its range of calls. Most of these are imitations of other birds. Since few animals do things just for fun, it’s assumed that mimicry confers social status on the perpetrator. Spring is where the robin gives its full repertoire to impress the ladies. Almost simultaneously, from at least six different robins, were heard Klaas’s Cuckoo, Olive Bush-Shrike, Red-winged Francolin, Bokmakierie, Cape Robin-Chat and Cape Batis. One Chorister switched tunes three times within a minute. The imitations can be recognised as such because of the “fluty” quality of the voice. Other variations heard over the weekend were of Black, Diderick and Jacobin Cuckoos, and Dark-capped Bulbul. 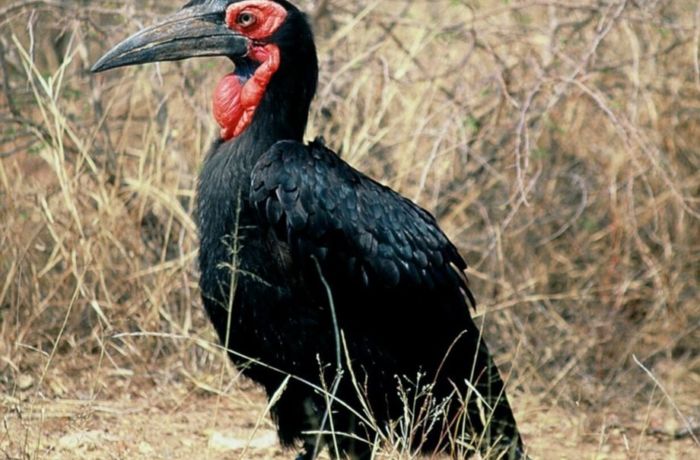 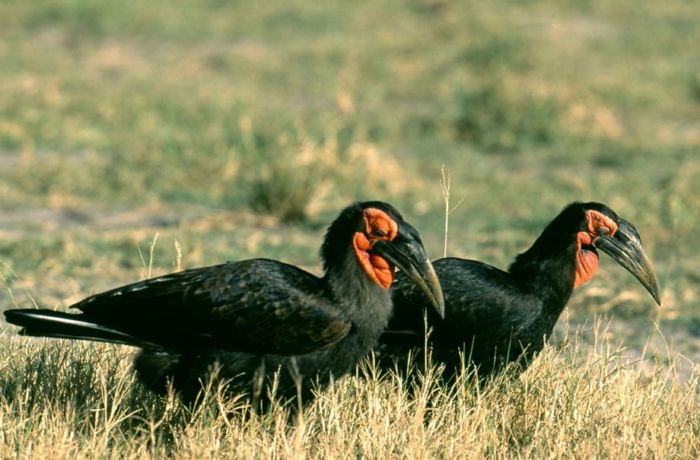 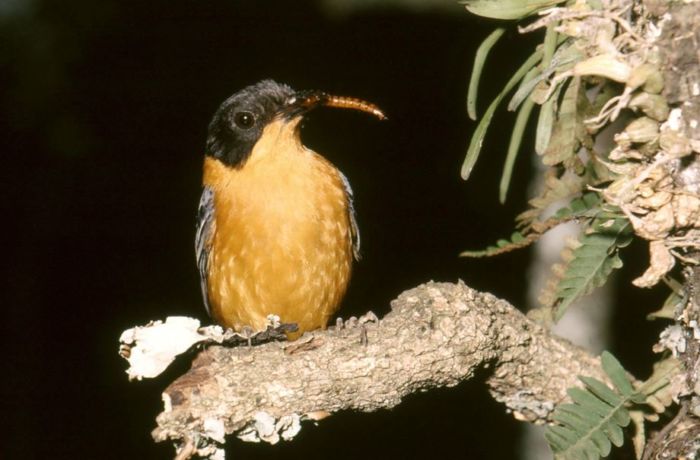 Most imitations are of local Drakensberg species, but one “stranger” was unmistakeable. This was the White-browed Robin-Chat (was Heuglin’s Robin), usually confined to the Zululand coastal plain. It has never been recorded in the Drakensberg, so the conclusion is that the Chorister heard it while on a winter altitudinal migration to the lowlands.

A bonus for those of us staying on until Monday morning was the sight of three Ground Hornbills foraging beside the road not far from the Cavern. This family, which is resident in the general area, usually numbers four, and a presumption is that one was guarding a nest. In former times Ground Hornbills were very widespread, even entering forests, but are in decline outside large nature reserves. Their very slow breeding rate does not allow them to recover quickly enough from adverse human activities.