The weather was perfect, birds responding full bore at sunrise. The highlight was seeing three Half-collared Kingfishers at once on the bottom pond. Although this is a regular haunt the kingfishers usually flee if approached too closely. Not today. This was a breeding episode, mom, dad and junior – easily identified by mottled beak and matte blue head. Activity was centred around the big fallen log. The dark shadows beneath it probably hid the nest hole. Also present was a Malachite Kingfisher. Normally a Half-collared would ignore it – the big size difference means that they would not normally compete for food. But new rules now apply. Junior’s diet must not be compromised, and the Malachite was chased at every opportunity. 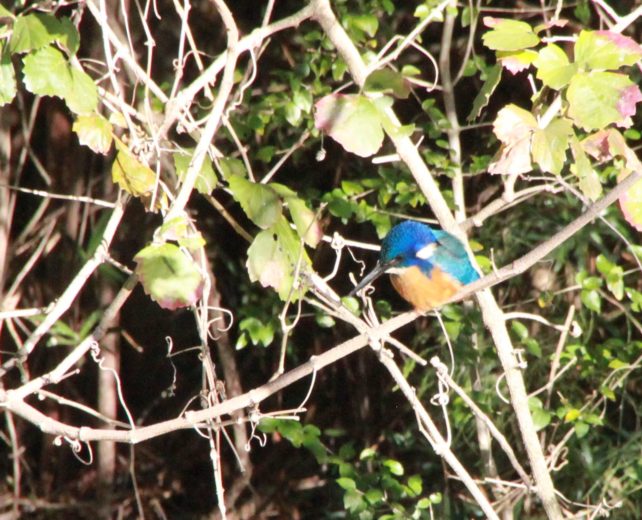 Another lucky sighting was of a Terrestrial Bulbul – rare at this altitude – near the 70s block. It’s a very furtive species, but the constant chirrup at ground level, and dead leaves being flicked in all directions give the game away. Other “good” forest birds were the Puffback and Forest Canary.

The aloe display in the garden is still impressive, lots of Gurney’s Sugarbirds skirmishing. Slightly curious was the virtual absence of Greater Double-collared Sunbirds there – we saw them foraging for insects elsewhere instead.

Big game viewing was the best ever. A group of eight Elands, all males, browsed the hillside opposite the school for over an hour, posing in the full sunshine. There’s a new item in their diet – Leonotis flowers. Nearly every flowering stalk had been nipped off. On another walk, just emerging from Fern Forest, we saw four Mountain Reedbucks, one a heavily pregnant female, on the hill leading to Echo Cave. Nearer home a female Bushbuck with half-grown youngster allowed an approach to within a few metres. 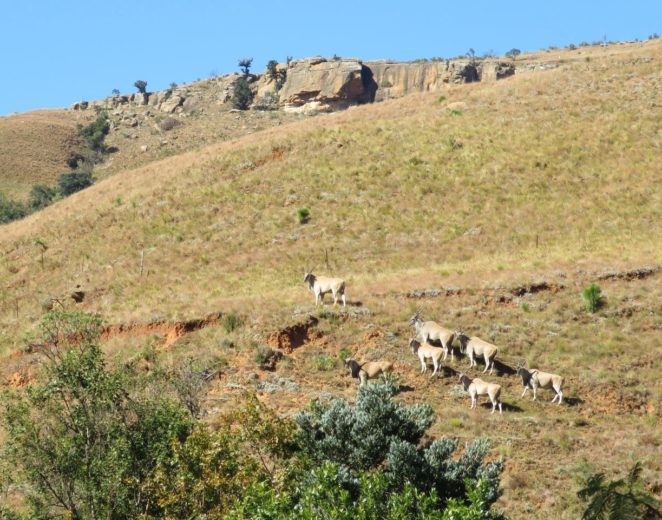 The night shift had been busy too. Crab fragments at regular intervals indicated a Water Mongoose that preferred tourist paths to tall rough grass; lots of fresh Porcupine poop; and even recent Caracal and Serval as a bonus. 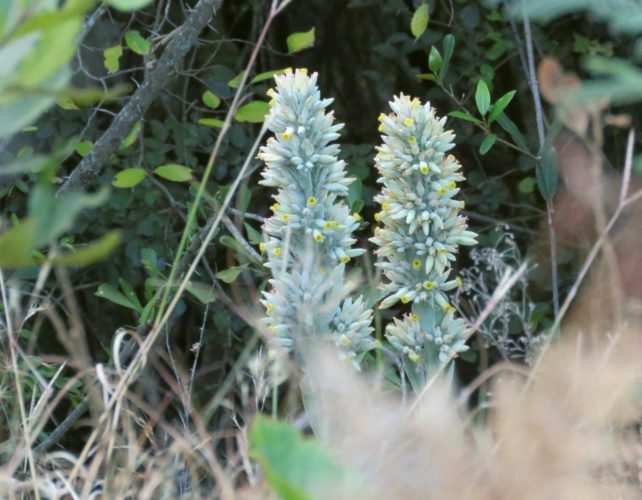