We don’t look just at birds. All sorts of little creatures lurk underfoot. Bibron’s Blind Snake is one such. It’s quite common, but lives almost entirely underground, in burrows searching for small prey – especially termites. It’s completely blind, the greatly reduced eyes being covered with scales. The head is virtually identical to the tail, and it’s only obvious when the snake starts to burrow, as here. This specimen was accidentally exposed when a compost heap was turned. It is about 30 cm long, but bigger examples are known. 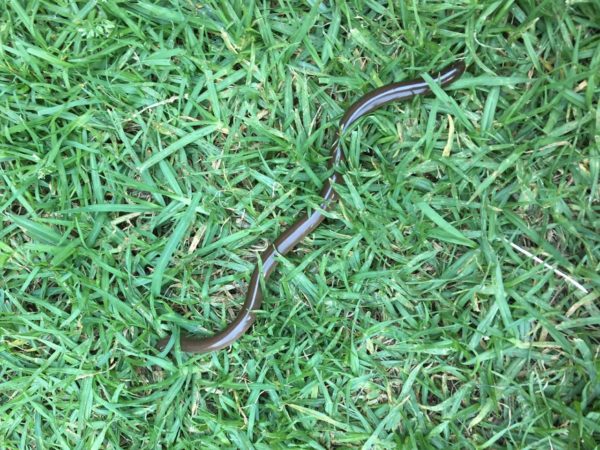 Or try looking upwards – one does when hoping for eagles or vultures – and today there was a solar halo. This is not a true rainbow, which is caused by falling drops of rain acting as a diffraction grating splitting the spectrum into its components. A solar halo is the result of extremely high altitude cloud, such as alto-cirrus, in the form of finely dispersed ice particles. These can also act as the diffraction grating. However, in this particular case, the light has been poorly split, so appears more as a halo of mainly white light. The secondary “rainbow” to the left of picture, has been more effectively split, so shows some colour. This secondary rainbow has a much smaller radius around the sun than the much larger halo. 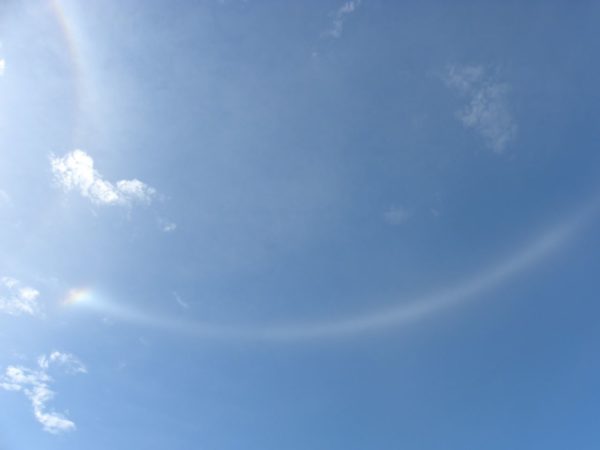